UMKR Calls for HP Boycott
Learn about HP's involvement with the Israeli occupation and UMKR's call for individuals to boycott HP consumer products and for congregations to join the HP-Free Churches campaign. Learn more

• protecting Palestinian children,
• defending the right to boycott,
•divesting from the bonds of occupation governments,

and other timely justice issues.

We also have BIG PLANS for educating A LOT of people throughout our church about Palestinian rights, with literature, displays, events, meals, and witness actions!

General Conference is always our BEST OPPORTUNITY to make an impact for Palestinian rights throughout our denomination, on four continents.

Please give as generously as you can, and know that whatever you are able to give
will be greatly appreciated.

The United Methodist General Conference, the global policy making body for the entire church, decided in 2012 to call on all nations to ban products made in illegal settlements beyond Israel’s internationally recognized borders.  (See Resolution # 6111 – Opposition to Israeli Settlements)

Immediately following that General Conference session, United Methodists for Kairos Response (UMKR) set out to learn which products are being imported to the United States from these illegal settlements.

Researchers subscribed to a service called “Import Genius” which provides records and bills of lading for all US imports. They also did empirical research in stores to learn which settlement products are carried by different retailers. Their report was entitled Seizing the Mandate. A Boycott Committee was established to determine how this information could be used to implement the church’s call for a settlement boycott.

In November 2014, UMKR launched a church-wide boycott of six consumer products produced in Israeli settlements. These are products frequently encountered by American shoppers, and represent only a handful of more than 40 consumer goods with settlement origins in the US market. Information on these products is included on these pages.

There are also many industrial and commercial products which come into the US from the settlements. These will be addressed in Phase 2 of the boycott initiative in 2015. Americans will be surprised to learn that items as diverse as friction plates for lawnmowers, spun-melt fabric for diapers, yarns for the carpet industry and aluminum siding for the construction industry are being imported from these illegal factories. All enjoy preferential trade and tariff treatment intended for goods made in Israel. This means our Treasury is losing millions of dollars in tax revenues each year.

The U.S. goods trade deficit with Israel was $9 billion in 2013. Goods imported to the US from Israel and the illegal settlements totaled $22.7 billion that year. Imports to the US from Israel have grown at twice the rate of US exports to Israel since the Free Trade agreement between the two countries was signed. For more on the US-Israel Free Trade Agreement, click here.

United Methodists are urged to contact the Commerce Department to ask that goods from Israel’s settlements be labeled as such, and that tax and trade benefits intended for Israeli goods not be extended to goods from the settlements. This will be a major focus of the UMKR Boycott Committee in 2015.

UMC Resolution #6111: Opposition to Israeli Settlements
What is the position of the United Methodist Church regarding the Israeli settlements in occupied territory and the products they export?
Read it, download it

Global Boycott Support
See the many Christian groups and institutions, Jewish organizations, businesses, and many others around the world that support a boycott of settlements products. Learn more 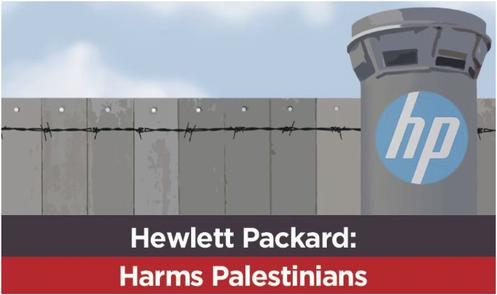 Why Boycott the Settlements Brochure

A four-page resource that explains the essential reasons for
United Methodists to support the boycott of settlement products
Read it, download it

Products to Boycott - insert/flyer
A convenient size shopping guide, useful in Sunday bulletins and many other ways

Boycott Q & A
This four-page Q & A answers many of the most common questions that are arise about boycotting the Israeli settlements.
Read it, download it

Boycott the Settlements: Why and How
Overview of the boycott, including the products in our boycott campaign.
Read it, download it

Powerpoint for the Boycott, updated October 2015

"What's in Your Cart?"
Brief introduction to the boycott for the holiday season.
See sample slides, download the powerpoint

"What's in Your Sleigh?"
See samples slides, download the powerpoint

Boycott Preparation
Analysis of scriptural, theological, and practical reasons for boycott.
Read it, download it

Seizing the Mandate
42-page document, contains list of many settlement products imported
to the US, information about the settlements, and a guide for churches
to implement the boycott.

found in Seizing the Mandate
See it, download it

Letters to Companies
UMKR correspondence with the companies included in our Boycott Campaign.
See a sample, download letters

Letters to UMC Bishops
UMKR Correspondence with United Methodist Bishops, explaining the boycott and asking for their support.
See it, download it