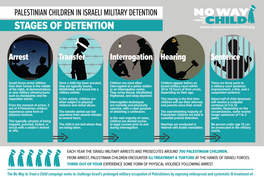 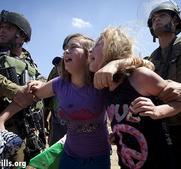 On the right, find resources to LEARN MORE about this subject.  ▶︎

No Way to Treat a Child

is a remarkable campaign bringing the abuse of Palestinian children by Israeli military to the world's attention.

This more graphic video from Defense for Children International, the Palestine division, is 3.5 minutes long and shows footage of children being arrested by Israeli soldiers. It also gives us a chance to hear in their own voices what Palestinian kids' report to them happens after they are taken by the soldiers.

Whereas the Nobel Prize winning non-profit organization Human Rights Watch reported that thousands of Palestinian children, some as young as 12 years old, have been taken from homes and villages in their own land since 2000, and

Whereas it has been independently documented that many of the children have been abused by the Israeli military or by settlers, and

Whereas the children who are removed from their homes are taken to settlements or to interrogation sites, and sometimes into Israel which is a war crime according to the Fourth Geneva Convention, and

Whereas UNICEF, Amnesty International, Defense for children International-Palestine, and other respected human rights organizations have documented that the children are often held for an extended time, some with no lawyer and without the presence or even knowledge of their parents, or held in administrative detention, without any charges being brought, and

Whereas the Social Principles of the United Methodist Church explicitly affirms the rights of children (¶162C Book of Discipline 2016), and

Whereas United Methodist Women have made the issues of incarceration of racial minorities and the well-being of children and young people as two of their priorities for the 2016-2020 quadrennium, and

Whereas the U.N. Convention on the Rights of the Child has been ratified by every member of the United Nations except the United States, and

Whereas in the previous quadrennium legislation has been introduced and reintroduced in the United States Congress that seeks to prevent the United States from financing or contributing to any nation’s, including Israel’s, use of military detention, in the interrogation, abuse, and ill-treatment of children, including Palestinian children, in violation of international law, and

Whereas the United Methodist baptismal covenant binds us to accept the freedom and power God gives us to “resist evil, injustice, and oppression in whatever forms they present themselves,”

A. how best to educate and inform United Methodists around the issue of Palestinian child incarceration;

B. how best to interact with lawmakers and leaders around the world but particularly in the United States on the issue of Palestinian child incarceration;

C. possible actions United Methodists can take to avoid contributing to the suffering, abuse and

imprisonment of Palestinian children or other children subject to military detention.

BE IT FURTHER RESOLVED that recommendations produced by the aforementioned consultation be brought to the 2024 General Conference of the United Methodist Church for review and/or action. 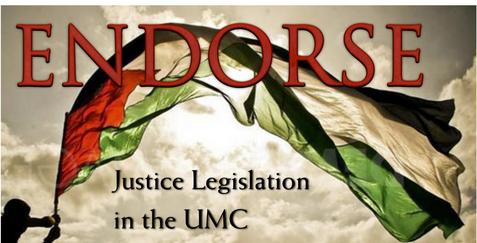 See below a 1 minute video from AFSC, the Quaker organization: an introduction to this subject that includes information on a bill in the U.S. Congress: H.R. 2407.

Several of our resources on this subject will include that U.S. legislation.

The  United States is the primary funder and enabler for Israel's military occupation of Palestinian territory and the human rights abuses that go with that occupation. Ending US funding for those abuses should be a subject of interest to everyone in our global church and all supporters of human rights.