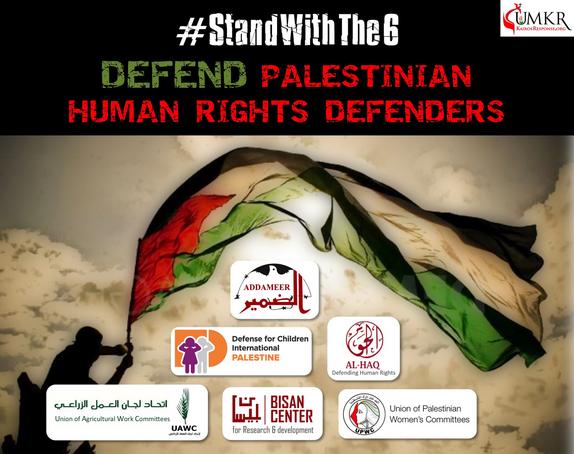 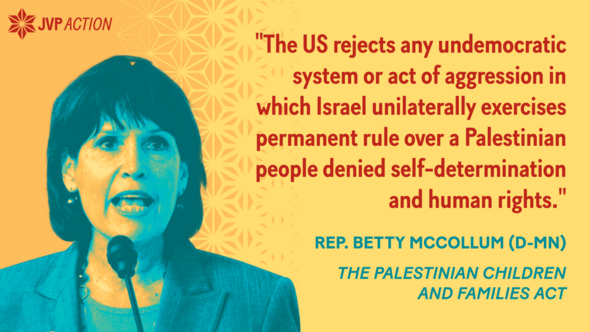 SEE RESOURCES, STATEMENTS, AND LETTERS ON THE RIGHT »»» 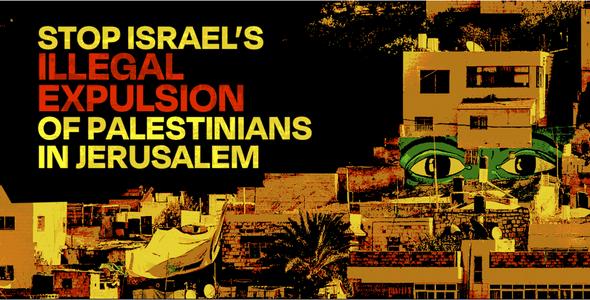 Palestinian Christian Alliance for Peace (PCAP) letter to Biden and Blinken, urging them to reconsider U.S. policies regarding Hamas – June 2021
Download this letter

13 Christian organizations write to U.S. Secretary of State Blinken to "stop the imminent displacement" of thousands in Jerusalem– April 2021
Download this letter

17 Christian Organizations write to President-elect Biden urging him to change the course of U.S. policy on Israel/Palestine, lay out six priorities  – December 2020

26 Christian Leaders write to Members of Congress in Support of H.R. 2407, to end U.S. funding for child incarceration in Israel/Palestine or anywhere – November 2019
See the letter, take action to support it

18 Christian denominations and organizations  to U.S. Congress: Restore US funding for UNRWA and bilateral programs – March 2019

In April 2021, Rep. Betty McCollum and 13 colleagues introduced the most comprehensive bill Congress has seen to address the violations of Palestinian human rights. The full title of HR 2590 is Defending the Human Rights of Palestinian Children and Families Living Under Israeli Military Occupation Act.
The bill seeks to ensure that the US is no longer complicit in Israel’s crimes against millions of Palestinians in the West Bank and Gaza Strip. This legislation would ensure that U.S. taxpayer dollars aren’t used by the Israeli government to imprison and torture Palestinian children, steal and destroy Palestinian homes and property, or further annex  Palestinian land. Learn more and take action

Israel has plans underway for widescale ethnic cleansing in occupied East Jersualem, with forced expulsions and home demolitions that could target hundreds of families, thousands of Palestinian residents in Sheikh Jarrah, Silwan and other historically Palestinian neighborhoods.
This is part of Israel’s larger plan of racist colonial expansion throughout the West Bank including East Jerusalem, displacing Palestinian families from their land and homes and replacing them with illegal Israeli settlements. Learn more and take action

On 19 October 2021, the Israeli government declared six prominent Palestinian human rights groups as "terrorist institutions,” a legal designation could subject them to great harm under harsh and extreme Israeli laws and within the international community.
United Methodists and many of our faith partners know these groups; they advocate for Palestinian human rights at the local and international levels, provide services and support to women, children, farmers, and prisoners. They are being targeted because they are doing critical work to expose and resist Israel’s constant violations of Palestinian rights. See what can be done to support them and oppose this dangerous and outrageous labeling of these groups. Learn more and take action

One of the most disturbing aspects of Israel's military occupation is the toll it takes on Palestinian children growing up under this oppressive regime. Hundreds of children every year are abused by Israeli military, processed through Israel's military court system, and incarcerated in military prisons. Learn more about the systemic violations of Palestinian children's human rights and  find opportunities for action.  Go there

Protecting the Right to Boycott
The right to address and correct injustice with economic action like boycotts and divestment is in danger in many places that claim to uphold democratic values. In the US, dozens of states have laws that seek to penalize boycott and divestment actions that support Palestinian rights. Learn more about this crucial area of political organizing and how you can get involved. See more