The United Nations has

named GENERAL MILLS as one of

seven U.S. businesses that are violating

international law by operating in

Its Pillsbury factory in the Atarot

settlement in East Jerusalem, has

General Mills is profiting from apartheid and

is complicit in Israel's occupation and annexation of the West Bank.

the UN Guiding Principles on

Business and Human Rights. They have

"Respect for human rights is fundamental

to our purpose of serving the world by

making food people love and to our

It's past time that this company

put their principles into practice.

Stand up for Palestinian rights!
Send a message to General Mills' CEO that you will boycott Pillsbury products until the company stops doing business in illegal settlements.
Click here to take action with AFSC

Following up on the Pillsbury family statement supporting the boycott (see below), Al Jazeera posted this short video of Charlie Pillsbury sharing some thoughts about the boycott, the "elephant" General Mills, and Israel's settler colonialism.  See it on Facebook

"Why we must boycott Pillsbury"

This article appeared in the Minneapolis Star-Tribune, the city that is home to General Mills' headquarters. Statement signed by Charlie Pillsbury and four other Pillsbury family members. Download it
See AFSC's report on the Pillsbury family statement
Mondoweiss report: "Members of Pillsbury Family join BDS Fight
Against Company"  See it here

SEE A SHORT YOUTUBE VIDEO ABOUT THE FAMILY STATEMENT

➨  "We're boycotting Pillsbury.  Here's why you should join us."
Learn more about the boycott in this great article from AFSC

➨  In September 2020, UMKR wrote to the CEO of General Mills,
informing him of our intention to join the boycott if his company did not end its operations on stolen Palestinian land.
See the letter on our website and download it.

➨  Holding General Mills accountable for profiting from the occupation
Read this report and commentaryon the protest outside and engagement inside, at the General Mills shareholders meeting in September.

➨  U.N. publishes list of companies involved in illegal Israeli settlements
Mandated by a U.N. resolution that reaffirmed the illegality of Israeli settlements and identified them as the root cause of many violations of Palestinian human rights.  Find out more about this U.N. list

➨  General Mills' complicity documented
Investigate and Who Profits are two excellent sources for well-documented  information on companies that are complicit in Israel's illegal occupation.

See their profile on Investigate

➨  Atarot Settlement: The Industrial Key in Israel’s Plan to Permanently Erase Palestine
This report examines the extent of Israel’s discriminatory measures against Palestinians, exemplified in the case of the Atarot industrial settlement in occupied East Jerusalem, and its adverse impacts on the lives of Palestinians.
See the report 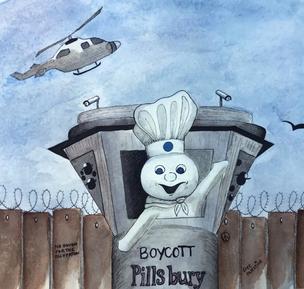 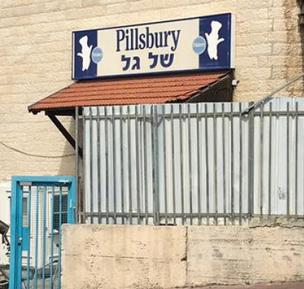 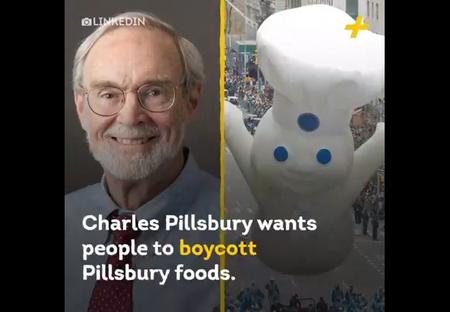