Letter and Video of Support

We write to you as citizens and residents

of Israel who support the United Methodist

proposal to divest from companies involved

that a decision to divest may sound harsh

at first and that quite a few misconceptions

exist concerning this initiative, we would

We understand that this is a decision about how the church will invest its own money, and we applaud the effort to make the church’s actions consistent with its values. In view of this effort, we are asking you to support the Palestinian call for actions such as divestment from the Israeli occupation.  We would like to stress that this form of divestment is far from being anti-Israeli or anti-Semitic. We support and encourage your resolution to divest from companies that profit from the Israeli Occupation. We are convinced that measures such as this do not target Israeli, Jewish or any other individuals, but companies which profit from Israel’s military occupation and violations of human rights as stipulated in international law.  We believe that the proposed United Methodist divestment resolution is therefore extremely responsible and worthy.

The effectiveness of the divestment campaign is undeniable. Some companies are actually moving out of the illegal settlements as global economic actions continue.  Even the most mainstream Israeli commentators say that Israel must fundamentally change its ways, and that Israeli PR alone will no longer succeed in maintaining the brutal reality of Israel’s discriminatory policies.

The continued violent oppression of the Palestinian people is a crime. The continued theft of land, water and natural resources from Palestinians is a crime.  At the very least, we expect conscientious people and organizations not to take part in crime. We expect people of conscience not to carry on in a "business as usual" manner under these circumstances. When an organization finds out that it is invested in projects that profit from crime, the decent thing to do would be to disinvest from those projects.

The words of the Kairos Palestine Document, supported by Archbishop Desmond Tutu and others who stand for justice, stress the depth and moral conviction of your call. We hope and trust that the universal principles concerning human rights will guide you towards an action of solidarity with Palestinians who share your faith and all other Palestinians. We strongly believe that divestment is a positive action that will pressure Israeli and international policy makers to end the occupation, and strengthens those aspiring and working for justice and peace in the region.

The situation in Israel and Palestine pains me greatly since

it is the place where God formed a very particular relationship

with a particular group of people; Hebrews who were

oppressed as slaves in another land. As time moved on, this

people disobeyed God and time and time again the prophets

had to call them back to their deepest values.

by Europeans, gave some ideologues within the Jewish and

Christian community an excuse to implement plans that were

in the making for at least 50 years, under the rubric of

exceptional Jewish security. In this way began the immense

oppression of the Palestinian people, who were not at all involved in the Holocaust. Not only is this group of people being oppressed more than the apartheid ideologues could ever dream about in South Africa, their very identity and history are being denied and obfuscated. What is worse, is that Europe and the USA are refusing to take responsibility for their actions with regard to both the Holocaust and the over-empowering of the Israelis, their disregard for the international conventions and regulatory framework of the nuclear industry and their continued oppression of the Palestinian people.

But God, who is the same yesterday, today and forever, neither slumbers nor sleeps. Prophetic voices have been calling this empowered people who were once oppressed and killed, to their deepest values of justice and compassion, but they have refused to listen even to the most reasonable voices. The human community cannot be silent in the face of the gross injustice being meted out to the people of Palestine. If international courts and governments refuse to deal with this matter, we in the churches and in the rest of civil society really have no choice but to act in small ways and big ways.

God is busy doing a new thing. And God is using all of us to be partners with him. Both the Israelis and the Palestinians have to be liberated, but at this stage the greater onus is on the Israelis since they are the ones who are in power, economically, politically and militarily. We have to think about ways that will allow them to reflect deeply on what it is that they are doing and bring them back from the brink, not out of spite or revenge, but because we love them deeply.

I therefore wholeheartedly support your action to disinvest from companies who benefit from the Occupation of Palestine. This is a moral position that I have no choice but to support, especially since I know of the effect that Boycotts, Disinvestment and Sanctions had on the apartheid regime in South Africa.

May God bless your conference as you deliberate on this matter, and I pray that your decision will reflect the best values of the human family as we stand in solidarity with the oppressed.

Endorsement from the US Dominican

A committee of the Dominican Leadership Conference (DLC).
The DLC is comprised of leaders of 29 provinces and congregations of Dominican friars and nuns

The U.S. Dominican Palestine Coordinating Committee seeks a just and lasting peace for Palestine and Israel based on human rights and international law. We support the efforts of any community seeking non-violent ways to address injustice, and we applaud and endorse the efforts of the United Methodist denomination to divest its stock holdings from companies that help sustain the occupation of Palestine.

​A Message from Tina Whitehead

My name is Tina Whitehead and I am writing to you from Jerusalem. I am also, like you, a delegate to the 2012 General Conference.

For the past 5 years I have been volunteering in Jerusalem and Bethlehem, primarily doing education and advocacy on behalf of the Palestinian people.  My journey began in 1997 when I first came here as a “pilgrim,” to “walk where Jesus walked.”  Over a period of 4 years, I read, I listened and I heard the stories of a people I had previously known nothing about:  the Palestinian people.  Their request of me and of others was to “go home and tell our story.”

That request has become my calling.

My passion is to speak to tour groups here about what I've seen and heard.  I find that most of the people I meet are just like I was:  totally unaware of what is happening here.  When I ask each group, “What do you think of when you hear the word 'Palestinian?'” the answer is always the same:  “terrorist.”  They do not know that the Christians who remain here are Palestinian, nor do they know of the suffering that both Muslim and Christian Palestinians have endured since losing their homes and their land in 1948.

This suffering and loss did not end in 1948; it goes on today due to oppressive Israeli government policies that daily dehumanize the Palestinians, depriving them not just of their land, but of all the human rights and freedoms that we take for granted.

I have found that about 90% of those that I speak with are astounded by what they see (my “talking” is done through pictures of life here).  The first question they ask is “Why don't we know this?” and the second is “What can we do?”

Supporting the resolution called “Aligning United Methodist Church Investments with Resolutions on Israel/Palestine” is something that we, as individuals and as a Church, can do that can make a positive difference in the pursuit of peace and justice in this region of the world.  The United Methodist Church has already taken a stand against the oppression that is taking place here.  It also has resolutions that speak against the financial support of any organization or body that profits from the suffering of others.  All we are asking is that we put in action what we have already said in words.

I pray that you support this resolution and continue to pray and act for the peace of Jerusalem.
If you'd like to be in touch with me with any questions, you can reach me at tinawhitehead2@hotmail.com 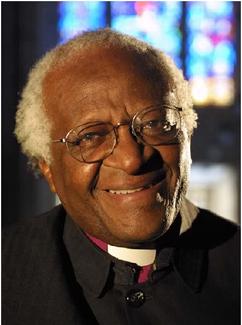