The other United Methodists attending include 3 others (besides John) from the United States:  Bridget Cabrera, Executive Director of MFSA (Methodist Federation for Social Action), David Wildman, Middle East Area Liaison and Representative to the United Nations for the UMC's General Board of Global Ministries (GBGM), and Katie Reimer, a seminary student at Union Theological Seminary in New York City. Joining them from Canada is Linda Scherzinger, longtime UMKR member and former GBGM staff.

We received a report of their early impressions during this trip:

We've been in Palestine attending the the 10th anniversary Kairos Palestine conference in Bethlehem.

As you probably know,  UMKR named itself after Kairos Palestine, the document and the movement.  We have also been attending  the international Sabeel Conference.

Our task really is to get some idea of what's going on over here and what Palestinian Christians are asking us to do.

So far our impression has been that the people here, both Christian and Muslim Palestinians, are very resilient but that optimism is fading fast. Their hope is a spiritual hope that comes from deep belief in God, and not from the events unfolding around them. There is little good news to report we're afraid.

The endorsement of settlements by the Trump Administration has been very disheartening, as has been the moving of the embassy to Jerusalem.

Christian Zionism looms large as a threat to Palestine, and increasingly frustrates Palestinian Christians who feel both ignored and embarrassed by the attitudes of their Christian sisters and brothers around the world. Of course, we are embarrassed as well.

Settlements and the wall are growing, cutting off access to Bethlehemites and many others in the West Bank.

There are more and more young people leaving, and the overall number of Christians is decreasing rapidly.

We got a chance to go through a checkpoint which allowed us to see how dehumanizing the whole system is.

We in the US and many other countries bear responsibility for this injustice, and yet we were nevertheless warmly thanked for the efforts of UMKR and in particular the divestment from Israeli Banks by the United Methodist Church. This was gratifying to hear.

Even so, in a very real sense, we are receiving much more than we are given in that these Christians exhibit a maturity and spirituality that search to strengthens our faith as well.

We are honored to be among them and hopefully represent United Methodists as well as possible.
God bless you,
John, Katie, Linda, Bridget and David

Over Thanksgiving and the whole first week of December, I had the opportunity to attend the 10th Anniversary of the Kairos Document and the International Sabeel Conference in Bethlehem, Palestine.

We started with the 10th anniversary of the Kairos Document. Written by Palestinian Christians and entitled “Kairos: A moment of truth,” the document is a word of faith hope and love from the heart of Palestinian suffering.

The writers of the document introduce themselves, “We are a Christian Palestinian movement, born out of the Kairos Document, which advocates for ending the Israeli occupation and achieving a just solution to the conflict. The Kairos Document is the word of Christian Palestinians to the world about what is happening in Palestine. Our word is a cry of hope, with love, prayer, and faith in God. We address it first of all to ourselves and then to all the churches and Christians in the world, asking them to stand against injustice and apartheid, urging them to work for a just peace.”

You can read the document here and watch a video about the 10th anniversary here.

This was not my first time in the area, I had been twice before but it had been nearly ten years since my last trip. I wish I could say that life there seemed better than before or that there has been progress made toward peace. Unfortunately, life on the ground is worse.

One example is the checkpoints, the security you have to pass through to leave or go into Israel. They have been updated since 10 years ago and even within the last year. They look sleek and almost modern with a tv screen that depicts the security process. Frankly, it reminds me of going through security at an airport all polished and fancy.

When asked about the changes in the checkpoints and if they are better or worse, it was shared that on some days the changes make it easier to pass through to Jerusalem, where many Palestinians work mostly lower waged jobs driving for tour companies or working in the hospitality industry. But that still doesn’t stop the Israeli soldiers from closing all the lines to cause delays or to just make it impossible for people to pass. Sometimes it can take hours and people line up starting at 4 in the morning just to get to work on time.

Another big change to the checkpoint process is the new magnetic cards that are being issued. Marketed as an easier way for people to go through the checkpoint, actually allows Israel to track Palestinians and requires them to go back to the West Bank each day.

While many Palestinians would crash on a friend’s couch for a few days while they work in Jerusalem to avoid the humiliation and waste of time going through the checkpoint, this practice is now being eliminated by these new magnetic cards.

At the conferences, I had the opportunity to meet activists from around the world, activists on the ground in Palestine, and Palestinian Christian community leaders. I had the amazing experience to be in Nativity Square across from the birthplace of Jesus for the lighting of the Christmas tree during the beginning of advent.

I was struck by the many juxtapositions between the historic church of the nativity and the more modern looking peace center, the singing of Christmas carols and the call to prayer from the mosque across the street, the diversity of people from Palestinian Christians and Muslims to tourists from all over the world, and the praying and singing in both Arabic and English.

On the first day of Advent, we worshiped in Beit Sahour a town in the West Bank where around 80% of the population is Christian. It was their community advent service that rotates around the local churches. In the service, the pastor had a dialogue with one of the South African delegates in our group. They shared their experiences living through Apartheid and Occupation and the similarities were chilling.

Throughout the conferences, I heard about blatant racism where anyone with dark skin is always detained longer and often put in jail for no reason at all. Two participants of the group were detained at the airport and questioned repeatedly simply because they rode in the same cab to the airport. One person being a white American woman who was a part of our United Methodist delegation and the other person was a black South African man.

It is hard not to notice the rise of religious extremism, white supremacy, racism, capitalism, colonialism, and nationalism happening all over the world in addition to the rise in Christian Zionism. Apparently, there are more Christian Zionists than there are Jewish Zionists. Zionism is essentially a political and religious belief that the Jewish people are the chosen people of God and as such are the rightful heirs of the historic land of Israel. It is a very problematic theology that has resulted in the displacement and occupation of the land that was originally owned by the native people of the area, the Palestinians.

The use of religion to justify oppression is a manipulation of faith. Faith has always been held and developed by the marginalized and oppressed. For it to be used by the powerful to oppress the marginalized is in direct opposition to the Gospel.

Many people travel here to the Holy land to connect more with God by walking in the land where Jesus walked. As always I didn’t see God in the building or the stone, nor did I see God in the historic sites. Frankly, the commercialization of the holy sites being a booming business is offputting. Where did I see God? In the eyes and the stories of the Palestinian people. A people living under oppression with no end in sight but who somehow continue to have hope and continue to work for justice.

There is a lot of misinformation about what is really happening here. Many people are surprised to hear that there are Palestinian Christians. I met a woman who shared that she is often asked when she converted to Christianity and she answers that her people have been Christians for over 2,000 years.

Many people visit the holy sites and are surprised when they learn that Bethlehem is in the West Bank. Since the country of Palestine has essentially been systematically drawn out of maps of the area, many people have not even heard of Palestine.

How can we not only allow injustice in the holiest place, Jesus’s birthplace but also support this injustice? US tax dollars fund Israel’s military, the move of the US embassy, the failure of the US to recognize the state of Palestine, the support of the illegal occupation, support of illegal settlements, and the blatant disregard for international law are some of the major ways the United States perpetuates injustice towards the Palestinian people.

US citizens can do a lot by holding our leaders accountable. I encourage you to go and see for yourself and tour the area responsibly by using a reputable company. Here are some tips for planning your trip.

If you want to really walk in Jesus’s footsteps I encourage you to do what Jesus did meet and listen to the stories of the marginalized. I encourage you to educate yourself and join the movement to work toward justice in this land.

As we continue to keep watch during this advent season and prepare for the birth of Jesus, born and killed under occupation, let us not forget the example of Palestinians who continue to have hope even while living under occupation, to take action and to pray for their liberation and dignity. 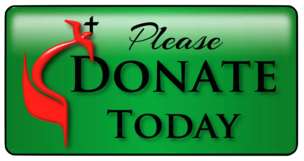 Right now, UMKR has important church resolutions for GENERAL CONFERENCE, MAY 2020, in Minneapolis, Minnesota, resolutions on:

We also have BIG PLANS for educating A LOT of people throughout our church about Palestinian rights, with literature, displays, speakers, meals,

With very limited resources, UMKR has made a BIG  impact in the global United Methodist Church.
Groundbreaking divestment and boycott actions
by the UMC would never have happened without
UMKR's advocacy AND all the extraordinary partners and allies who helped us.

GC 2020 is our BEST OPPORTUNITY to once again

make an impact for Palestinian rights throughout our denomination, on four continents.

But if we are to succeed in advocating for justice with THOUSANDS of United Methodists who come to General Conference from around the world...

WE URGENTLY NEED YOUR HELP,

Please give as generously as you can, and know that whatever you are able to give

will be gratefully appreciated. 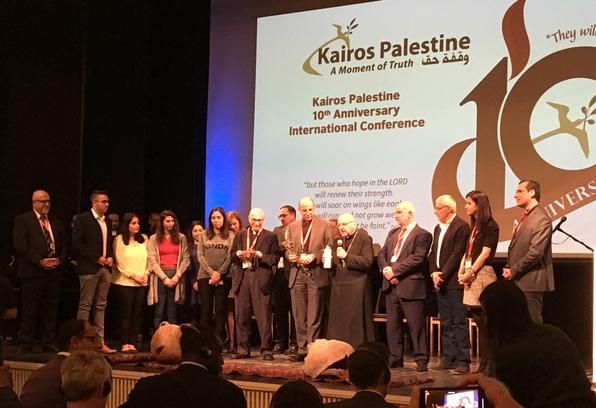 Go to our General Conference page
View on Mobile