UMKR Condemns Israel's Response to
the Great March of Return 2018​

June 2018 – United Methodists for Kairos Response (UMKR), an international movement in the United Methodist Church, condemns without reservation Israel’s deliberate killing of over 100 protesting Gazans and the maiming of thousands since protests began on 30 March 2018, Palestinian Land Day, and through the following weeks.

We stand in solidarity with Palestinians and all people of conscience who call for lifting the crushing siege on Gaza that has left the people without adequate drinking water, electricity, medical supplies and other necessities, all while denying them the right to travel by land, air, or water to relieve their suffering.

(Left) Raza al-Najjar, a Palestinian medic who was shot and killed by an Israeli soldier at the border fence when she was tending to the wounded at the demonstration.

Numerous medical personnel have been killed or wounded as they were providing medical aid as well as many journalists wearing prominent identification as Press.

The Great March has been held weekly since March 2018, through to the summer of 2019 and continuing. 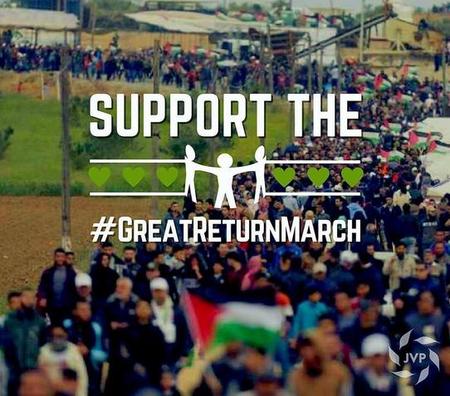 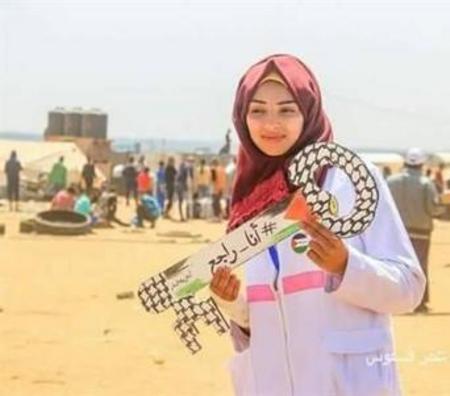