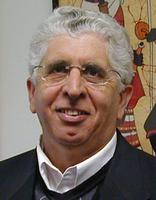 To my Dear Friends and Colleagues in the United Methodist Church,

Greetings in the Name of our Lord from your brother serving in Jerusalem and Bethlehem.

My name is Alex Awad. I am a United Methodist missionary, Dean of Students at Bethlehem Bible College, and pastor of an international church in East Jerusalem. I am also a native Palestinian. I am writing to you today with a concern that is dear to me and to the land I call home.

It is my belief that the United Methodist church should divest from companies currently helping to sustain the occupation of the West Bank, the place many of us call Palestine. Last year I was invited by United Methodist Kairos Response, the group within the United Methodist Church that supports divestment, to be a witness at the General Conference held in Tampa. At the conference, I heard many of the arguments both on the conference floor and outside the main meeting place. I gave several short speeches in support of divestment to different groups outside the conference hall, since I was not a delegate. Here are my thoughts on this matter, which I offer to you in a spirit of love and truthfulness:

1.     First, you must know there is real injustice going on in Israel-Palestine today. Palestinian lands in the West Bank are stolen at a fast pace. On these lands totally segregated Jewish Settlements are being built. In Bethlehem, for example, over 70% of the farm land that belonged to Palestinian Christians has been confiscated in order to build some of these segregated Jewish settlements. Israel is also building a wall that not only separates Palestinians from Israelis but it also separates Palestinians from Palestinians. This is creating much suffering for the Palestinian people and negatively affecting every aspect of their lives. Over 85% of the wall is built on Palestinian lands and not on the internationally acknowledged borders between Israel and the West Bank. (All of this activity by the way -- the land seizures, the tearing down of homes, the destruction of farms – has taken place regardless of where parties are in their negotiations.)

2.      The US government, the UN, and most international human rights organizations have declared that building Jewish settlements in the West Bank is illegal. The International Court of Justice at the Hague also judged, by a vote of 14 to 1 (1 absentia vote by the US), that the wall is illegal and must go down and Palestinian farmers and home owners who have suffered due the building of the wall should be compensated for their losses. I recently joined a non-violent demonstration on the outskirts of Bethlehem against the expropriation of lands belonging to Christian families.

3.     In spite of all the fair and promising declarations, nothing happened on the ground to stop the theft of Palestinian lands or to stop the construction of settlements or the segregation wall. The US administration gets much pressure from Israeli and Jewish lobbies. This makes the US unwilling to stop Israelis from doing harm to Palestinians. The UN can’t act due to the threat of US veto privilege at the Security Council in the UN. The US consistently uses its veto privilege at the UN to shield Israel from international condemnation and to spare Israel from yielding to international legitimacy and live up to international law.

5.     The Church in the Holy Land is calling Christian denominations to stop investing their pension funds in companies that do harm to peace, do harm to Palestinians, and do harm to peaceful coexistence between Israelis and Palestinians. Instead, the Palestinian Church calls on Churches to invest in companies that do no harm. This may be a small step by the various denominations but it is a great symbolic act that tells Israelis, Palestinians, and the whole world that Christians follow their conscience and the teachings of Christ at the Sermon on the Mount rather than compromise their moral calling in their pursuit of Mammon.

6.     Some may argue that divestment is not the way to go but rather direct negotiations between Israelis and Palestinians. Well, Palestine has been negotiating with Israel for over 45 years and they continue to negotiate today. There is, however, a basic challenge to negotiations which is the imbalance of power. The Israelis are powerful, rich, and have the veto power of the US on their side. The Palestinians are under occupation, their economy is struggling, and they have no army to protect them or to defend their lands. At negotiations, the Israelis dictate and the Palestinians make concessions or reject the Israeli dictations. Meanwhile, Israeli bulldozers continue to rape Palestinian lands. Consequently, 45 years of negotiations and scores of peace conferences did not stop the theft of Palestine.

7.     Others may argue that divestment may disrupt Jewish-Christian dialogue. On the contrary, injustice in Palestine should become the main topic of Jewish-Christian dialogue. To dialogue with Jewish neighbors or friends without addressing the issues of injustice in Palestine is a serious form of hypocrisy. Christians must send a clear message to the Jewish people that while Christians support Israel and her security, and desire to have a healthy conversation with the Jewish people, they will not abandon their calling to be prophetic peacemakers.

8.     Divestment to please the Palestinians, argue some, will play into the hands of Islamists and terrorists who are committed to the destruction of the State of Israel. In reality the opposite is true. Keeping the poor under political and economic oppression is the first cause of violence, wars and terrorism. Divestment offers a non-violent alternative.

9.     Many at the United Methodist Conference in Tampa, Florida promoted investment in Palestine as an alternative to divestment. To some degree, investment is good in a threatened economy when the people suffer under occupation. But investment for the good of the Palestinians while at the same time investing in companies that are hurting Palestinians sends mixed messages to both Israelis and Palestinians. To the Israelis, the message is this: As long as Christians benefit financially from their investments, they will not care how these companies use their machines and technologies. To the Palestinians the message is this: Christians sin against us through investing in companies that cause us suffering and then they come back to atone for their sins by providing some investments. Investing in Palestine may do a little good for a few Palestinians, however it will not be a step towards ending the occupation and it certainly will not encourage the Israelis to commit to peace and justice. I have been following these negotiations all my life and positive investment is raised time and time again as the more palatable alternative to more assertive actions.   It hasn’t worked in the past and will not work in the future, in my view.

As I watched, the delegates of the United Methodist church agonized with three resolutions that deal with the Israel-Palestine question. The first two passed in favor of justice for the Palestinians, in particular against the occupation and settlements, but these two resolutions have less practical power in them to change realities on the ground. The third resolution, which called for divesting United Methodist Pension Funds from three companies that support and sustain the occupation through their machines and technologies, was defeated with the final tally showing 39% in favor of divestment and 61% opposed.

For me, one of the great ironies was the fact that two evenings prior to the vote the entire conference had engaged in something called “An Act of Repentance for Healing Relationships with Indigenous Peoples.” The main message of the service was how Christians have historically failed to listen to the voices of people of other races, especially when these native peoples are talking about their own land and way of life. After the service the main speaker, Rev. George “Tink” Tinker, himself a Native-American, gave a strong endorsement to our divestment effort, and directly equated it to what had happened to his own people. Even after solemn acts of repentance, his voice was not heeded.

Here is what I need to say to you, my brothers and sisters:

I now realize that not only Rev. Tinker’s voice, but the voices of five other Palestinian Christians who had made the long journey to Tampa, the voices of courageous Jewish rabbis who stood with us, and most tragically for me, the testimony of all of my United Methodist missionary colleagues in the Holy Land were overcome by the voices of error and ignorance.  Testimony by eyewitnesses who have seen the injustice and walked a mile with Palestinians in their daily suffering in the land we call Holy were drowned by fear and misinformation. In essence, what this means in my context is that once again the voices of the powerful prevailed over the voices of those who advocate for the poor.

With General Conference now over, I would ask that other bodies within the United Methodist connection, including annual conferences, consider taking concrete action to support a peaceful solution.   I ask you to trust me, your representative in the Holy Land, that I am in earnest and have my facts in order when I request that you seriously consider divestment. I am not in the sway of anti-Semites or some liberal fringe group.  As I told the audiences I spoke with at General Conference, I call myself a Conservative Evangelical. I organize conferences for Evangelicals in Bethlehem, and I personally invite you to come visit me anytime.

Finally, as a Palestinian I am indeed concerned about the occupation of my homeland, the settlements, the separation wall and all the other forms of injustices, but as a Christian I am more concerned over the health of the Church. A Church that is not ready or willing to hear the voice of the oppressed and stand with justice is out of sync with the will of her Head and Maker. I ask you to now make the better choice.

Serving with the General Board of Global Ministries in Israel and in Palestine
May 16, 2013

Dec .2016 – Please note that this letter refers to UMKR by our former name. Our current name is: United Methodists for Kairos Response.

Letter from Rev. Alex Awad to Annual Conferences of the United Methodist Church

The Rev. Alex Awad (photo, right) is a missionary with the General Board of Global Ministries (GBGM) of The United Methodist Church serving in Israel/Palestine with his wife, Brenda. He pastors an international congregation at East Jerusalem Baptist church and is affiliated with the Bethlehem Bible College as professor, dean of students, and board member.