Above: The committee room of the Nobel Committee: on the walls are photos

of the past recipients of the Nobel Peace Prize.  [Photo: Wikipedia]

​Two ways to support this nomination:

1. Sign the petition to the Nobel Committee, organized by Jewish Voice for Peace (US) and the Palestine Solidarity Campaign (UK) , asking the committee to grant the prize to the BDS movement.

2. Send the message of thanks below (or any supportive message you would like) to Mr. Eirik Vold, political advisor for Bjonar Moxnes, the member of the Norwegian Parliament who made the nomination.
Mr. Vold's email address: eirik.vold@stortinget.no
Open an email with that address as the recipient. Then copy and paste the suggested
message below, or edit it as you would like.

Dear Mr. Vold:
Please extend my congratulations and thanks to Bjonar Moxnes for his nomination of the Palestinian BDS National Committee for the Nobel Peace Prize.

The nominating document states:
"Inspired by the South African anti-apartheid movement and the American Civil Rights movement, the grassroots, Palestinian-led BDS movement is a peaceful, global human rights movement that urges the use of economic and cultural boycotts to end Israeli violations of Palestinian human rights and international law.

The BDS movement seeks to end Israel’s half-century of military rule over 4.5 million Palestinians, including the devastating ten-year illegal siege collectively punishing and suffocating nearly 2 million Palestinians in Gaza, the ongoing forcible eviction of Palestinians from their homes, and the theft of Palestinian land through the construction of illegal settlements in the occupied West Bank. It seeks equal rights for Palestinian citizens of Israel, currently discriminated against by dozens of racist laws, and to secure the internationally-recognized legal right of Palestinian refugees to return to homes and lands from which they were expelled. Palestinian refugees constitute nearly 50 percent of all Palestinians, and they are being denied their right to return, guaranteed by law to all refugees, simply because of their ethnicity. The BDS movement’s aims and aspirations for basic human rights are irreproachable. They should be supported without reservation by all democratically-minded people and states."

In 2012, the United Methodist Church called for an international ban on importing "products made by companies in Israeli settlements on Palestinian land."

Although UMKR's boycott and divestment work has focused primarily on those companies in the settlements and companies that are directly supporting and profiting from the Israeli occupation, we recognize the wider BDS movement as a peaceful and ethical means of motivating the Israeli government to respect the rights of all the Palestinian people under international law.

UMKR seeks – through nonviolent action and in partnership with our Palestinian sisters and brothers in Christ – freedom, justice and equality for all Palestinians and Israelis.

See above: two ways to support this nomination! 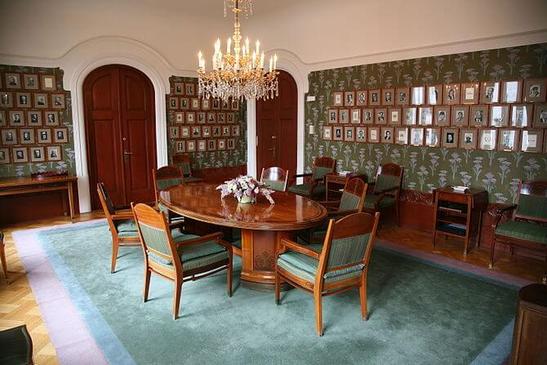