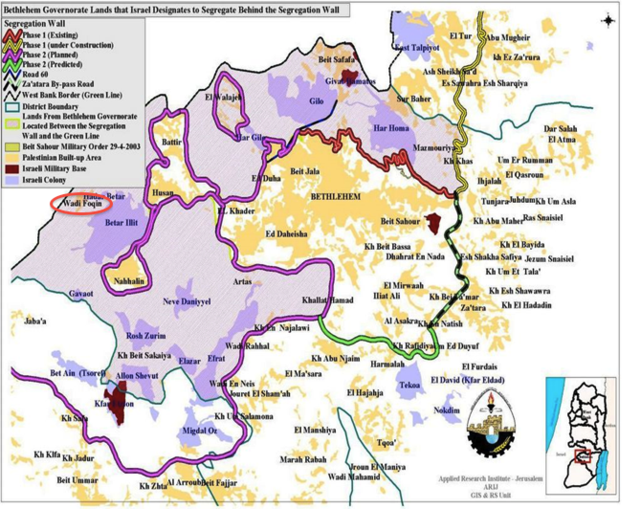 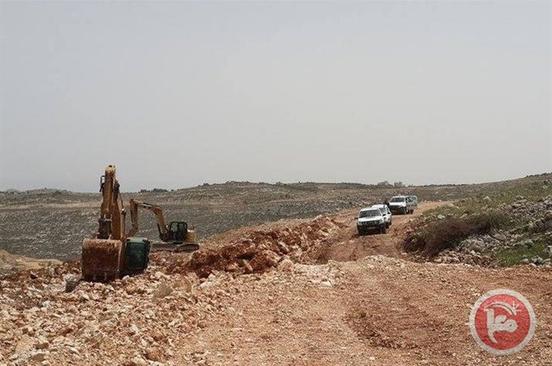 Give to the Wadi Foquin Advance Project of the United Methodist Church:
http://www.umcmission.org/Give-to-Mission/Search-for-Projects/Projects/3021565

Visit the United Methodist committee in partnership with the village of Wadi Foquin: http://www.friendsofwadifoquin.com/

​Above: Agricultural land in the West Bank village of Wadi Foquin after the

June 14, 2015 - The United Methodist Church through the General Board of Global Ministries supports a Community Development Project in the Palestinian village of Wadi Foquin (foo-KEEN.) It is a UM Advance Project supported by fund donations and volunteers, many of whom have visited the village.

At around 5:30 on Thursday morning, June 11, a group of Israel Defense Force (IDF) soldiers entered Wadi Foquin accompanied by around 20 Israeli laborers and three pieces of earthmoving equipment. The machines then proceeded to destroy around nine acres (34 dunams) of fruit trees, most of which belonged to a Palestinian farmer whose family is well known to United Methodists.

When people from the village came out to protest, they were met with tear gas and percussion bombs. When the farmer screamed for the soldiers to stop and tried to protect his trees, he was beaten and thrown to the ground by the soldiers where he was forced to watch as $35,000 worth of trees and six years of planting and tending were destroyed in less than an hour. A total of 1300 trees belonging to three farmers were destroyed along with two water cisterns used

The land of Wadi Foquin is squeezed between the Israeli town of Tzur Haddassa which lies inside the state of Israel, and Betar Illit, an illegal Jewish settlement in the West Bank which currently houses around 50,000 illegal settlers. Upon hearing the disturbance a few women from the town of Tzur Hadassa came to help protest the destruction but to no avail.

As reported by Ma’an News Agency:

“Ahmad Sukkar, head of the village council, told local news agent, Wafa, that Israeli authorities are creating an industrial and commercial zone in the area on private lands confiscated from Wadi Foquin and the nearby village of Husan. A spokesperson for the Israeli Coordination for Government Activities in the Territories (COGAT) confirmed that the land was leveled, denying that it was to create an industrial and commercial zone but rather because there had been a ‘violation of state lands.’ Wadi Foquin's 1,300 residents learned in August 2014 that over 1,000 acres of private land belonging to the village and neighboring Jaba’a was declared ‘state land’ by Israel's Civil Administration. Surrounded by Jewish-only settlements on three sides, several residents of the small town received eviction notices from Israeli authorities in September 2014 in what an Israeli settlement watchdog [organization] termed ‘one of the largest expropriations of Palestinian land in nearly 30 years.’”

On Sunday, June 14, David Wildman representing the General Board of Global Ministries, and Rev. Kristen Brown representing the Methodist Liaison Office in Jerusalem visited the village, where they met with farmers and witnessed first-hand the destruction of the property. They also visited the Community Development Center and met with some of the women participating in an income-generating needlework project supported by the UMC.

Already several measures are being taken in the U.S. and the U.K. to protest the actions of the Israeli government and the Israel military in Wadi Foquin. Please call all your Congressional representatives at 202-224-3121, and contact the nearest Israeli embassy or consulate to protest these actions. You can make a difference.