UMKR emails bring you NEWS about current justice work, ACTION ALERTS, and RESOURCES for learning and action. Try it - you can Unsubscribe

any time! About one per month.

news and action for justice advocates. After you "Like" us, select
FOLLOW  to be notified of new posts.

Dr. Jeff Halper (photo, right) has been a peace and human rights

activist for more than three decades. Born in Minnesota in the

United States, he participated in the civil rights and anti-Vietnam

War movements of the 1960s. Halper immigrated to Israel with

his family in 1973 after attending rabbinical school and resisting

military service in the Vietnam War. In 1997, Halper co-founded

the Israeli Committee Against Home Demolitions (ICAHD) to

challenge and resist the Israeli policy of demolishing Palestinian

organized and led nonviolent direct action and civil disobedience against Israel’s occupation policies and authorities. He also organizes Israelis, Palestinians, and internationals to help rebuild demolished Palestinian homes. Halper is a world-renowned analyst of the Israeli occupation and Israeli-Palestinian relations. 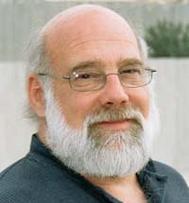 Dec. 2016 – Please note that this letter refers to UMKR by our former name. Our current name is: United Methodists for Kairos Response.

As the Director of the Israeli Committee Against House Demolitions (ICAHD), I have been proud to support the efforts of the United Methodist Church to address Israel's 45-year Occupation.  I especially support the work of United Methodist Kairos Response in translating a courageous moral stand against oppression into concrete actions such as the resolution to divest from corporations profiting from Israel's Occupation.

I have worked with United Methodists for many years on the issue of the Occupation. I have shared information with UMKR and others working on this issue, especially regarding Israel's demolition of over 26,000 Palestinian homes. (One rebuilding project in Beit Arabiya, a Palestinian home demolished in late January for the fifth time, was financed by the love donations of the Methodist churches of Minnesota, some of whom came to rebuild with us.) ICAHD has hosted Methodist fact-finding missions here in Israel/Palestine and Salim Shawamreh, whose home it is that was demolished, has spoken together with me at the United Methodist General Conference.

Certainly the measures advocated by UMKR, which have steadily gained support in the larger Church itself, are responsible and effective ones. Targeting Caterpillar, Motorola Solutions, Hewlett Packard and other corporations profiting from the suffering of the Palestinians exposes an intolerable American complicity, one that drags Methodists themselves into an active if non-direct involvement. Only by publicly disassociating itself morally and financially from policies of oppression, while endeavoring to end the oppression itself, will the United Methodist Church redeem its moral space. This is the essence of the divestment campaign.

As part of the Israeli peace camp, I can testify as to how important your moral stand is to us - and it is even more vital for the beleaguered and isolated Palestinian people. We in Israel who work tirelessly for peace are comforted that UMKR exists, is active and receives the support it does from the wider Methodist Church. We urge you to continue to give practical expression to your moral concerns by supporting the divestment campaign. Do not let external attacks, come as they will, divide you or weaken your resolve. We look forward to the day when we all come together at Beit Arabiya to celebrate the end of Occupation and the dawn of a just peace. In that, you will have been instrumental.