US Campaign to End the Israeli Occupation

and co-founder and Steering Committee member of United

Methodists for Kairos Response (UMKR), was awarded the

by the US Campaign to End the Israeli Occupation at their

For the Damu Smith Award, the US Campaign selects an activist who is working to change US policy toward Israel/Palestine to support human rights, international law and equality and who has demonstrated:

•    Commitment to peace and justice in Palestine/Israel
•    Leadership in efforts to end U.S. institutional support for Israeli occupation and apartheid
•    Accomplishment in education, BDS, and/or other campaigns for Palestinian rights
•    Creativity and vision for how to change U.S. policy.

In her nomination of Michael Yoshii for the Damu Smith Award, Susanne Hoder of UMKR wrote the following:

Rev. Yoshii was a founding member of United Methodist s for Kairos Response, which has promoted divestment and boycott within the United Methodist Church. He has been a leader for Palestinian rights in California, has hosted educational events on Palestine and BDS, lobbied his denomination for change, and led numerous groups of Americans to the West Bank, where his church has formed a partnership with the villagers of Wadi Foquin. Together they have planted olive trees and done other vital work for the families living there.

As the village's situation has deteriorated, he has led a movement to petition the Lantos Human Rights Commission of the US Congress to hold hearings on the situation of Wadi Foquin. He has traveled to Washington repeatedly to make his case to Members of Congress. For many years he has worked tirelessly on behalf of the Palestinian people as well as other oppressed peoples, drawing on his Japanese family's suffering in the United States because of their ethnicity, during and after World War II.

In 2004, the National Education Association honored notable individuals committed to justice for all people, including Rev. Michael Yoshii. Their newsletter stated: “A third-generation Japanese American, Rev. Yoshii has spoken out on a number of issues, such as housing for the poor, racial diversity, and civil liberties violations. ...Rev. Yoshii has forged new opportunities for multicultural relationships in a city undergoing rapid demographic changes. His message: If we're going to live together, we have to learn to respect each other and appreciate our differences to that we can create a better world together."

“Black Voices for Peace,” a network of people of

African heritage and others working for peace and

He was also one of those seeking just and peaceful

solutions in the Holy Land. Damu collapsed during a

In his acceptance speech from California via Skype, Michael spoke of Damu Smith’s courageous life and death, and then shared his own near-death experience. He was playing basketball with some young men from his community when he collapsed and was rushed to a hospital. The next thing he knew he was waking up in the hospital after surgery. The doctor told him he had been "dead" for five minutes. He also said that “all the stars had aligned” to help save Michael’s life, including a timely 911 call with a quick ambulance response and the emergency services he received at the hospital.

Soon after he revived from surgery, Michael felt a greatly increased urgency to advocate for justice in Israel-Palestine. However, Michael's family naturally wanted him to cut back on his activities. He did take some time off, but then resumed his broad peace and justice activities with renewed dedication to advocacy for the people of the Holy Land.

While preparing a sermon not long after his illness, Michael came across the writing of Rev. Mitri Raheb, a bold Palestinian pastor who told the story of his father-in-law's heart attack and the difficulty of getting him to a hospital from occupied territory. On the following Sunday, Michael declared that Palestine “has been making a 911 call to the world for decades.” He said it was groups like the US Campaign that have been answering the call, and that “Palestinians are still calling on us to join in the effort to end injustice and advance human rights.”

During his acceptance speech in Arlington, Yoshii acknowledged the collective efforts of United Methodists for Kairos Response, saying that he was “proud to be a part of this committed group of United Methodists who are responding in faith, hope, and love to the international call issued by Palestinian Christians in the Kairos Palestine document.”

Michael was joined during his speech by Jose Arcellana, a lay member of Buena Vista United Methodist Church who chairs their Church & Society Committee, and Kira Azzam, a staff member who works on Palestine projects. They shared their own insights on the advocacy work of the church, illustrating the collective ownership of their congregational work for justice. “It's important for us to acknowledge,” Michael added, “that we're just happy to do our part in the larger movement. We don’t have any illusions that what we are doing is anything more than just a drop of water in the ocean--but we also believe it is God's work, and that we should have no apologies about that!" 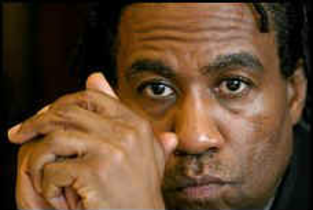 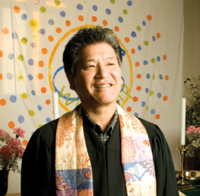 Dec. 2016 – Please note that this press release has been updated with UMKR's new name: United Methodists for Kairos Response.