and former Convener of UMKR

The Win We Didn't Expect
by John Wagner

Friends, the United Methodist General Conference 2012 is over. And the result, as far as our divestment resolution is concerned, was supposedly very poor for us. We had the debate we wanted, we got the church to focus on an injustice, but our side lost by a 2 to 1 ratio. This has been hard for us and for many others – we can’t deny it. We are a very diverse group of people united by our deep concern for the terrible situation of the Palestinians, and we so very much wanted the United Methodist Church to stand with these people, and do so with more than just words.  We are very disappointed.

Looking back, we feel a number of things contributed to this loss. Despite strong evidence that Socially Responsible Investing can be accomplished without reducing investment returns, delegates received information suggesting just the opposite, that divestment from the three targeted companies would jeopardize pensions.   The resolution was also characterized as anti-Israel and as potentially harmful to Israel, when in fact it sought divestment from three U.S. companies profiting from an occupation that violates human rights.

I believe these and some other misunderstandings of our work carried the day.

But then the oddest thing happened. We were so intent on winning on divestment, we lost sight of one of the big things that divesting our stocks is supposed to do. To be sure, we said we simply wanted to “do no harm” … make ourselves a bit more pure, not participate, through our money, in something so heinous as the continuing torment of Palestinians. And today, we still own those stocks. Not good. But the other part of the picture was to declare to the world we would put “actions to our words” and show we mean it when we say that building Israeli-only cities on land belonging to Palestinians is something from which we don’t want to benefit.

And that message came through louder and clearer than any of us expected.

In the legislation considered just prior to ours, the General Conference voted to "call on all nations" to boycott all goods produced by the Israeli settlements. This resolution also urges "the U.S. government to end all military aid to the region". It was passed overwhelmingly. I have to confess the impact of this vote didn’t quite penetrate my thick skull until later. It took the report on our actions in the New York Times to make it clearer: http://www.nytimes.com/2012/05/03/us/methodists-vote-against-ending-investments-tied-to-israel.html?_r=3

Friends, this was a win we, and others, didn’t expect. We’d crafted a very careful and limited message. We told people over and over our resolution was not about boycotts and sanctions. We just wanted to get our own house in order. And it’s all true. Resolution #21071 (the resolution we have spent all our time advocating for) did not mention boycotts or sanctions. It turns out however, that resolution #20138, recommended just that. The verdict rendered by our General Conference, as confusing and frustrating as the process was, states that the United Methodist Church blames the building of new settlements for the turmoil in the Holy Land, and advocates economic action to make its point.

No, it wasn’t divestment, and that indeed was our sincere goal. Those who want control over our retirement funds now feel more secure. Those who profit from the occupation have been let off the hook. I’m sure they are all hoping we will go away.

But we are not going away.
General Conference is over. We learned a few things. One of them is that theological perspective and cultural background need not divide our cause. With enough education and exposure, this human rights issue can become a moral imperative for nearly anyone. We had surprising allies of all sorts. Delegates are coming back from General Conference more informed than they’ve ever been, and some of them are key leaders we never dreamed would come around.

Annual conferences are just around the corner.
Seven of our annual conferences voted last year to oppose the occupation through economic means, and three of them, including my own conference of West Ohio, actually voted to divest conference funds from companies that sustain this cruel occupation. We simply looked at the issue honestly, talked to people who were knowledgeable, and sent a team to investigate the situation personally. This can happen anywhere. Please let us know if you are interested in organizing at the Annual Conference level this summer or if you are already organizing something. Do you know if there is a divestment resolution being considered by your Annual Conference? Is there still time to submit such a resolution? Please let us know so that we can start compiling all this information in one place and start organizing where it's needed, and let us know if you’d like our assistance in any way.

Letter Writing Campaign
We have a number of people saying they want to help organize a letter writing campaign to influence our Board of Pensions. That agency chose to divest just this year from private prisons based on pressure from the church. The Board didn’t need a resolution; it just divested.  Like the persistent widow from Luke 18, we can be persistent with regard to justice for Palestinians. We can do this with love, knowing our cause is moral, and make a sincere attempt to win hearts and minds.

Grow our network
We reached hundreds of people at General Conference and many of them expressed interest in the work we are doing. We have the perfect opportunity now to double the size of our network and get more people involved. Please let us know the names and contact info of people who you know wants to get involved. To keep the advocacy going we will need several contacts in every Annual Conference and Central Conference. We will try to help with resources and speakers.

God, as usual , seems to have something in mind for us that we hadn’t anticipated--a plan we perhaps don’t quite understand. I’m a pastor, and I’m supposed to know this sort of thing happens, but I admit I’m always surprised. What we thought was the end goal of our campaign may just turn into the beginning of something great. Let’s embrace this new direction, and be as thankful and faithful as we can be in our time here on earth. 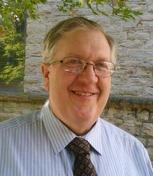 Dec. 2016 – Please note that this article from 2012 refers the author's position in UMKR by our former name. Our current name is: United Methodists for Kairos Response.