ESSREA CHERIN is a co-founder

and current vice chair of the

and Palestinians. She has been a

dedicated peacemaker for most of

her adult life. She currently serves as the Executive Director of Pilgrims of Ibillin, and she has extensive experience in connecting people with the goals of peace and justice in the Middle East, building relationships with people of different backgrounds and perspectives.
Cherin has supported the peace-building efforts of the celebrated negotiation expert, Dr. William Ury, including the creation of Abraham’s Path, a hiking trail in the Middle East that follows in Patriarch Abraham’s footsteps. She also has the unique distinction of being one of a handful of women to have circumnavigated the globe, largely on foot. That experience instilled in her a profound appreciation for cross-cultural connections as key components to fostering peace. Cherin is a member of the Adjunct Faculty at Regis University, teaching such communications courses as intercultural communication and conflict management.

YOUSSEF ELZEIN is a Lebanese

American who led the successful campaign

to establish a Sister City relationship

between his city of Dayton, Ohio and the

Palestinian city of Salfit in the West Bank.

Elzein has worked as a Civil Engineer for

35 years and has served his community in

extraordinary and diverse ways: in the Dayton Department of Aviation, in the City of Dayton Police Reform Working Group and Implementation Team, in the Parents Leadership Council at the University of Dayton, on the board of the Dayton Arab American Forum, and in the Dayton Christian Connections Interfaith Trialogue.
He has also served as: a volunteer & current board member of Dayton’s American Red Cross Chapter, a mentor with the Montgomery County Ohio College Promise, a Catholic Social Services volunteer working on Refugee Resettlement, and a Habitat for Humanity volunteer working on three home builds. Not surprisingly, he is a recipient of the Outstanding Volunteer of the Year Award from the Dayton Presidents' Club. 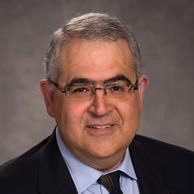 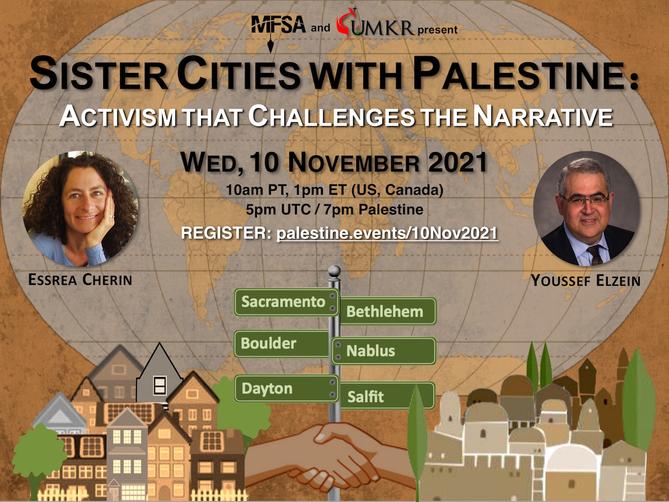 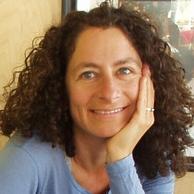 Compared to the kinds of justice action that we usually promote, starting a sister city connection with Palestine might seem rather low-key. Yet activists have found it can bring about a remarkable sea-change in a community’s awareness and understanding of the issues, often more quickly and on a wider scale than our usual approaches.

With art exchanges, entrepreneurial collaborations, pen pal connections, opportunities to “come and see” (as Palestinians have long urged us to do), and so much more, a sister city relationship can achieve a quantum leap in a community’s understanding of the people of Palestine, how they live, and what they endure.

Breaking through decades of Israeli propaganda and effectively persuading the public about current realities in Palestine - that is an essential priority in the movement for Palestinian rights.

Even before a sister city relationship is established - and whether or not the effort succeeds - the public discussion and debate it can stimulate is a magnificent means of “waking up” an entire community.
Imagine initiating those discussions in hundreds of cities around the world and the changes we would see in our societies!

WATCH THE VIDEO BELOW.
Below that, see related information and links shared in the Chat during the webinar.