THE RIGHT OF RETURN IS LANDBACK 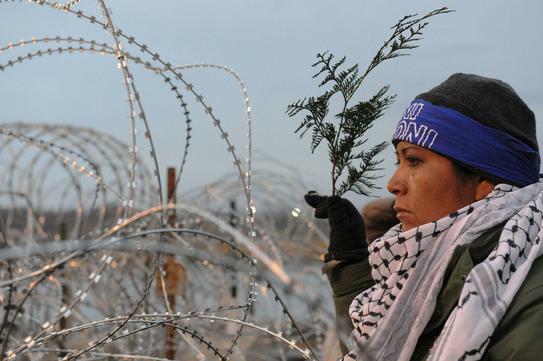 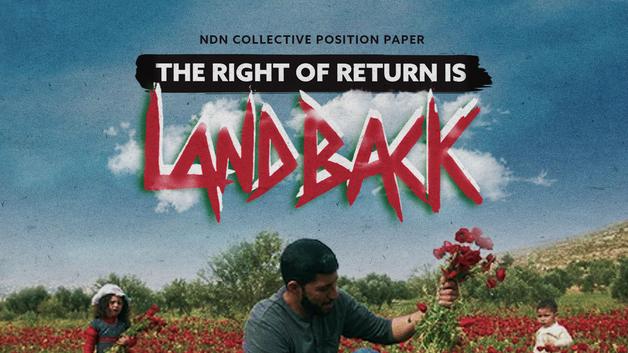 The Right of Return is LandBack

"...The very core of who we are as Indigenous Peoples ties back to the land, relationships to the plants, animals, rivers, seas, spiritual places, rooting our livelihood, encompassing kinship systems, economies, language, and culture in that land. Oral traditions, first-hand accounts, songs, and even written documents of permanent Palestinian presence on the land as “properties”, remain unrecognized by both the colonial israeli courts and those international forces that legitimize them. We share the stories of how settler colonialism was enforced by militarized forces and so too do we share our stories of resistance. As Indigenous Peoples establish connections to the land through relationships, by contrast, colonizers establish ownership of land through pen, paper and broken treaty promises.
.....
"The Right of Return and LANDBACK are both promises that harbor the same meaning- that we will outlast colonial governments and laws imposed on us and our Relatives, and live in right relations back where we are from. How land is stolen in Palestine is no different than how land is stolen here."
.....
We should not treat the struggles we face against zionism, white supremacy, and imperialism as separate from one another, because they act as one to oppress and eliminate us. Only through solidarity and fighting for justice, can we create change for our people and Mother Earth. Understanding that the zionist settler project requires the elimination, removal, banishment, and identity theft of Palestinians on their homelands is the same formula that u.s. settlers use in our communities. zionism has a few founding narratives: the idea that those who develop the land own the land; claims that israel is a superior nation granted by God and ordained by a higher power to Jewish people alone; and that Palestine was barren just seven decades ago. These same ideologies are akin to how white supremacists view themselves here in the so-called united states. Their altered reality to justify their hierarchy and hegemony in the world is exactly why our existence poses a threat. Even now, they frame us, Native people and Palestinian people, as people who are extinct, unsalvageable, or who have been abandoned by the progression of time. The claim zionists make towards Palestinians as violent and destructive people today is the same narrative that was used against Indigenous Peoples during the formation of the united states.

Read the paper at the NDN Collective website
Download the full paper
See the press release announcing the position paper, in Mondoweiss
Watch the video of the discussion of the paper on Land Day 2022 (scroll down the page for the video)

In a new report, the Indigenous group NDN Collective links Palestinian and Native American struggles against settler colonialism.
Isaac Scher  •  Jewish Currents  •  5 April 2022
"The NDN Collective was motivated in part by a desire to counter Zionist uses of the concept of indigeneity. Since the earliest days of the Zionist project, its adherents have used scripture as evidence of an ancestral claim to Israel/Palestine. “The Zionist state is currently in the process of ‘red-washing’ propaganda,” the paper says, “claiming that Israelis are Indigenous to Palestine, despite the origins of Zionism as a 19th century settler colonial movement for white Ashkenazi Jews from Europe.” As two authors who support Israel wrote in The Forward, in a piece framed as “the tribal case for Israel,” “Supporting Israel means supporting indigenous rights.” (The indigeneity claim has been leveraged by Mizrahi and Sephardi supporters of Israel to reshape ethnic-studies curricula in US high schools.)
See more


ABOUT THE NDN COLLECTIVE AND LANDBACK
The NDN Collective is a prominent Indigenous-led organization based in South Dakota. (The initials of their name are related to a phonetic spelling of "Indian.") LandBack refers to a core campaign of the NDN Collective which was launched in 2019:  the reclamation of what has been stolen from original peoples of North America, including Land, Language, Ceremony and Governance.

The immediate goal is for the government to return all public lands in the Black Hills to their rightful stewards, the people of the Lakota Sioux Tribe, so that they can reclaim their relationships with the land.
Learn more in the LandBack Manifesto: https://landback.org/manifesto/
and at the website culturalsurvival.org

What Is the Land Back Movement? A Call for Native Sovereignty and Reclamation
Teen Vogue  •  12 October 2021

•  Indigenous Solidarity: Go there
•  The UMC and Indigenous Peoples: See it
•  Brownwashing and Normalization: See it