A Tribute to Hashem Al Azzeh

On October 21st, Palestine and the world lost a steadfast witness

for justice and peace whose legacy should be remembered

(photo, right) without first recognizing the inhumanity of his

surroundings. The Jewish settlers who moved to a hillside overlooking

Palestinians who lived near them move. Twenty years ago I witnessed

these settlers attacking elementary school children as they tried to

get to and from Corduba Girls' School.

At that same time, these settlers were inciting against the Oslo Peace Accords, calling their
Prime Minister, Yitzhak Rabin, a traitor. When fellow Zionist ideologist Yigal Amir assassinated Rabin on November 4, 1995, the settlers celebrated. I was in Hebron that day, and was myself attacked by these settlers. The Israeli soldiers were there to protect the settlers and did nothing to counter settler violence.

During the second intifada, 2000-2005, the situation deteriorated even further. I saw and my
teammates documented these settlers setting fire to homes even as the Palestinian residents
were inside, under curfew. I saw these settlers shoot up the rooftop water tanks of Palestinians, even as the Israeli military curfew prevented the Hebron municipality from delivering water. These are the settlers who made Hashem's life impossible.

In 2005, Hashem and his neighbors in Tel Rumeida asked CPT to extend invitations on their
behalf to some of our Israeli friends, to visit and see what life was like for Palestinians at Tel
Rumeida. Those who witnessed on that Saturday in May 2005 came back often and had theirs eyes opened. They met a gentle, kind, articulate man, and they listened to his story.
Internationals also visited and listened to stories of Tel Rumeida.

Thus began Hashem Al Azzeh's ten-year witness, tragically silenced this week, partly by
asphyxiation from Israeli tear gas, partly by his heart condition, partly by checkpoints and
closure that barred him from the emergency medical aid he needed, and mostly by all of us who have allowed the situation in Hebron to continue.

These stories are only a part of Hashem's legacy.

• The witness must continue: the microphones and video cameras must be handed on to the
next generation; internationals and Israeli allies must continue to be a presence in
Palestine so voices are heard.

• We must call for UN peacekeepers.

• We must join the struggle and support BDS to end the Israeli occupation.

Will we make these a part of Hashem's legacy?

*Dianne Roe served in the Hebron Christian Peacemaker Team (CPT) in the West Bank from
1995 to 2010. She is currently a member of the United Methodists for Kairos Response (UMKR)
Education Committee and Alliances Committee.
​

Support the work of UMKR

The vital peace and justice

work of UMKR can only

continue with the support of those who believe in it. No gift is too small! Donate securely online or by mail. 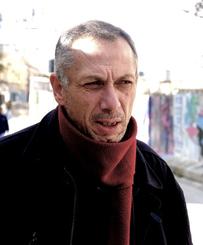