International Gathering
The experiences and reflections of

United Methodists who attended these

back-to-back events in Bethlehem and Jerusalem.
December 2019 – See their reports

regarding government bonds, and the

plight of Palestinian children were the

to Palestinian rights that United Methodist

annual conferences (regional bodies) in the

Time to Break the Silence on Palestine
Michelle Alexander, The NY Times
January 2019 – Author of the

opposition to the Vietnam War to

especially when African Americans take a stand. Describing the changes and challenges in the U.S. public debate - with a mention of the United Methodist Church's divestment from Israeli banks – Alexander identifies Palestinian rights as a cause she cannot ignore in 2019.
January 2019 – See the editorial

This statement was sent to all members of the U.S. Congress, as well as to the White House. It addresses the disturbing shifts in U.S. policy regarding Israel/Palestine during the Trump Administration.
November 2018 –  See the statement

UMKR & LYNC: We Are Stronger Together
UMKR has taken an important step in the vital work of intersectional justice by joining the Love Your Neighbor Coalition (LYNC) in the United Methodist Church.​
October 2018 – Read more about this action

The Future of Justice Activism Is Intersectional
The September USCPR national conference, Together We Rise,  brought  together the most diverse lineup of presenters yet seen in the movement for Palestinian rights, put remarkable women in the limelight, and unmistakably set the intersectional path for the movement's future.

FOSNA Conference Empowers Faith-Based Organizing
FOSNA’s gathering in St Paul MN just before the national USCPR conference brought together over 100 leaders and activists from across the United States who, along with a racially diverse lineup of presenters, came together to explore how to strengthen local and national organizing for Palestine, with an appropriate and strong focus on church activism.
October 2018 – See the report

Reaching Evangelical Christians in the Bible Belt
UMKR provided multi-faceted support for the first-ever Christ at the Checkpoint conference in the United States, which featured

an impressive lineup of speakers from Palestine and across the U.S. and, like similar conferences in Bethlehem, focused on reaching evangelical Christians and refuting the theology of Christian Zionism.
October 2018 – See the report​

LYNC Convo Includes Call to Palestinian Solidarity
The national gathering of the Love Your Neighbor Coalition focused strongly on the upcoming 2019 Special General Conference, with diverse views of the proposed plans for the future of the UMC. Two dozen workshops in that weekend included "Why We Should Be in Solidarity with Palestinian Christians" presented by Giselle Lawn, former RMN board member and Rev. John Wagner, Co-chair of UMKR.
August 2018 – Read the report

2018 Resolutions Focus on Palestinian Children
Among the eleven Palestine-related resolutions adopted in annual conference this year, eight addressed the human rights of Palestinian children and their abuse in Israeli military detention.
July 2018 – See the report

UMKR Condemns Israel’s Apartheid Law
UMKR joins numerous partners in condeming the recent adoption by the Israeli legislature of the Nation State Law. This bill now enshrines in Israel's Basic Law, the Israeli equivalent to a national constitution, the denial of equal rights for Palestinian Israeli citizens who comprise 20% or more of Israel's population.
July 2018 – See the press release

Palestinian Missionary challenges UMC Leaders
Rev. Alex Awad, a retired UMC missionary and member of the UMKR Steering Committee challenges UMC leaders to do more for the people of the Holy Land, with several concrete suggestions for action.
May 2018 – See the letter

UMKR Condemns Israel's Response to
the Great March of Return 2018
UMKR condemns without reservation Israel’s deliberate killing of over
100 protesting Gazans and the maiming of thousands since protests
began on 30 March 2018, Palestinian Land Day, and through the
following weeks.  See the statement 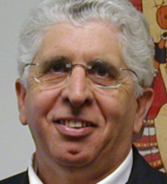 ​​From the Christian community of Palestine, this profound statement of faith & urgent call to action has mobilized Christians worldwide.  Learn more

U.S. position change, now saying Israeli settlements may not be illegal.  See it 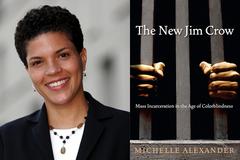 See our EVENTS PAGE  for more information on events listed below. 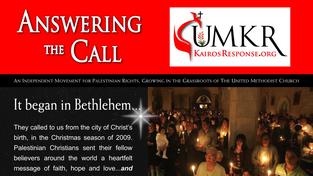 See resolutions that UMKR and partners have submitted for General Conference in May: protecting children from incarceration and abuse and defending our right to boycott for justice.  See them

Packed with essential facts, these useful

handouts/flyers focus on key issues for

the Holy Land and advocacy for a just peace. In black & white for easy copying.

​​One of the most hotly debated questions today!Hint: details of the South African experience are NOT the international standard.   See the answer 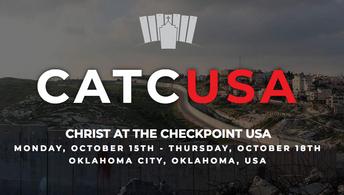 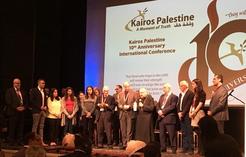 They both have great information to start the conversation about Israel/Palestine, show what United Methodists are doing, and invite others to get involved.

UMKR emails bring you NEWS about current justice work, ACTION ALERTS, and RESOURCES for learning and action. Try it - you can Unsubscribe

any time! About one per month.

news and action for justice advocates. After you "Like" us, select
FOLLOW  to be notified of new posts. 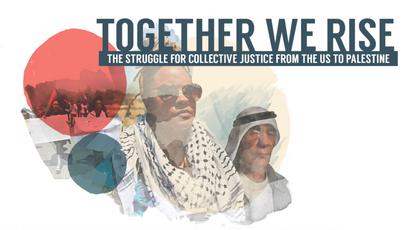 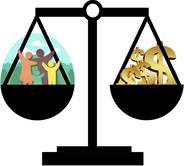 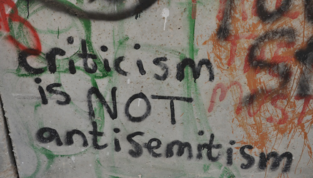 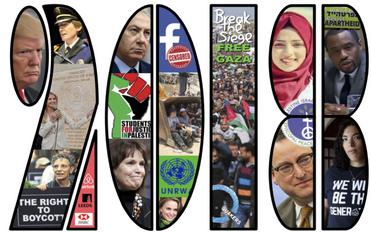 ​​​PCAP CAMPAIGN FOR UNRWA: Support the vital services of this agency for Palestinian refugees. Learn more 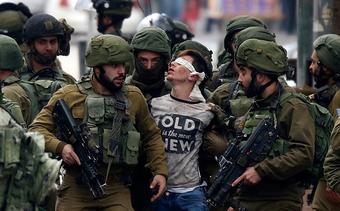 Kairos Palestine's and Sabeel's 2019 Conferences in Palestine: hear from

Christian Leaders write to Congress, applauding HR 2407. We can support their action: See this, Give your support!

​​Michelle Alexander, NY Times - Renowned author and civil rights leaders goes on the record: Palestinian rights is a cause she cannot remain silent about.  See the op-ed 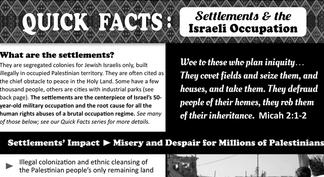