Flailing in the face of COVID-19, Israel is now on the brink of catastrophe
Times of Israel  •  1 October 2020
Israel is flailing on the very brink of catastrophe.Having started off so well in its battle against COVID-19, it finds itself in the last few days with a higher death rate per capita than the United States. A higher daily rate of new confirmed cases than just about anywhere else on Earth. A rate of positive tests rising, with some 40 percent of the most recent cases being diagnosed in the ultra-Orthodox community. More than 800 serious cases in our hospitals — the level, we have been told for months, at which the health service would be fully stretched — prompting an emergency directive from Health Ministry Director General Chezy Levy to free up 1,500 more beds in hospitals nationwide for COVID-19 patients. So often tactically innovative, Israel has been exposed as strategically hapless in this pandemic, hamstrung by its bloated and dysfunctional government, which spends days bickering about regulations that it then changes week to week — toying with a public that is losing its (physical and mental) health, its income and its freedom of movement.

Sukkot in the shadow of corona: 7,643 new cases reported on Friday
Jerusalem Post  •  2 October 2020
Currently, there are 70,941 active cases of the virus in Israel, 849 who are in serious condition, among them 201 who are intubated. The death toll stands at 1,629. Israel went from being one of the country’s with the lowest mortality rates to a country with one of the highest per day for its population size. Moreover, the number of new patients per day is also among the highest in the world per capita – but this is connected to how many people are screened, as well.

Coronavirus being used to intimidate Palestinians inside Israeli prisons
Middle East Eye  •  2 October 2020
According to a statement issued by the Ramallah-based Palestinian Prisoners’ Club on 27 September, 31 prisoners in Israel’s jails had been infected with the coronavirus, including two detainees whose infection was only discovered a day after their release. Now there are concerns that the Israeli authorities are using the pandemic as a tool of suppression against, and to create fear among, Palestinian prisoners.

Top Hamas official contracts coronavirus
Israel Hayom  •  2 October 2020
Deputy Hamas leader Saleh al-Arouri has contracted the covornvirs, the Gaza Strip-based terrorist group confirmed on Thursday….Arouri is believed to have contracted the disease while meeting with Fatah officials in Turkey last week to discuss ending longtime strife between he rival Palestinian factions, which have recently announced they would call general elections.

Stranded Palestinians enter Gaza from Egypt
Mondoweiss  •  2 October 2020
The Latest:
•    51,607 Palestinians tested positive for COVID-19; 379 have died
•    Of the Palestinians who tested positive for COVID-19, 37,582 are in the West Bank; 3,184 are in the Gaza Strip; 10,841 are in East Jerusalem
•    258,290 Israelis tested tested positive for COVID-19; 1,633 have died
Egypt-Gaza border opens for three days
For a second time since the pandemic began, the Rafah border crossing between Egypt and Gaza opened in both directions for three days this week, allowing stranded Palestinians to return to their homes.
Around 1,700 entered Gaza and 2,659 went to Egypt. Breaking from Gaza’s stringent two week to 21 days quarantine procedure for returning travelers, Palestinians will only need to stay at a government-run isolation center for one-week. They are allowed to spend the remaining seven days of quarantine at their homes, according to Gisha, an Israeli human rights group that monitors Gaza borders.
The last time the Rafah border opened was in August. Before that, the border was shut since mid-March.

Israel ranks 3rd in the world for virus deaths per capita
YNet  •  4 October 2020
Israel has seen a massive resurgence of the disease over the past few weeks, with the daily toll of new COVID-19 cases reaching over 9,000 a day, prompting the government to impose a second nationwide lockdown.

Ex-Shin Bet analysts recruited to fight coronavirus within Israeli-Arab society
Al-Monitor  •  7 October 2020
ournalist Yoav Etiel reported Oct. 4 on the Walla! News website that the Israel Defense Forces' Home Front Command is recruiting “experienced” former Shin Bet operatives “who specialized in the Arab-Israeli community,” to participate in an information campaign planned to combat the coronavirus in the Arab community. According to the official announcement, “The campaign will be charged with formulating a status report for each of the different sectors of the population in order to help the relevant divisions in the Home Front Command develop appropriate courses of action and formulate messages targeting these specific communities."
This remarkable statement certainly raises some questions.

Top PLO official Saeb Erekat diagnosed with coronavirus
The Times of Israel  •  9 October 2020
“Senior Palestinian Liberation Organization official Saeb Erekat has tested positive for the novel coronavirus, the longtime Palestinian diplomat said on Thursday night. Erekat is currently in isolation in his house in the West Bank city of Jericho, and has canceled all his appointments until he recovers from the virus. He has experienced light coronavirus symptoms, including a fever.”
See also:  “Palestinian negotiator Erekat experiencing ‘difficult’ COVID-19 symptoms” (Jerusalem Post)

How Evangelicals Working in Settlements Bypassed Israel's COVID-19 Entry Ban
Haaretz  •  13 October 2020
“An investigation by Haaretz reveals that the ministry was not fully aware of the nature of the organization when it decided to grant entry to this large Christian group. Israeli politicians who requested visas on behalf of the volunteers hid the fact that they belonged to an evangelical organization, while the Interior Ministry itself didn’t conduct any independent inquiries of its own. The Haaretz probe also reveals that the volunteers were granted permission to enter Israel on the basis of a special exemption clause, even though it doesn’t appear to be relevant to them.”

‘The enemy’ in the covid ward: Some Israelis oppose treating a Palestinian leader
Washington Post  •  22 October 2020
Saeb Erekat, a high-ranking Palestinian leader who became critically ill with covid-19 over the weekend, had been in an Israeli hospital only a few hours before a small crowd formed outside that didn't want him there.

Chief Palestinian negotiator Saeb Erekat remains in critical health situation
WAFA  •  23 October 2020
Chief Palestinian negotiator and Secretary-General of the Palestine Liberation Organization (PLO)’s Executive Committee, Saeb Erekat, remains in a critical health condition, his family has said. His family told WAFA that he is still connected to an ECMO device which supports his respiratory functions. Erekat was earlier this week moved to a hospital in Israel due to a severe deterioration in his health after he had tested positive for coronavirus.

Education Ministry Releases Plan for Outdoor Learning
Haaretz  •  23 October 2020
Israel, the West Bank and Gaza are dealing with a renewed coronavirus outbreak, leading to proposals and measures intended to curb its spread and mitigate the economic ramifications of the crisis by both Israeli and Palestinian authorities.
Israel currently has 17,590 active cases; 2,319 people have died. In the West Bank, there are 5,238 active cases and 453 deaths, and in Gaza 1,921 active cases and 28 deaths.
The Health Ministry and Education Ministry announced that they have amended the regulations prohibiting educational activities in open areas.
In light of this, schools will be able to carry out outdoor activities in permanent groups of up to nine students, with no turnover of staff or students between groups. Students must wear masks at all times, except for eating, drinking and sports activities.

Gaza unemployment rate reaches 70%
Middle East Monitor  •  27 October 2020
“The unemployment rate in the besieged Gaza Strip has hit 70 per cent as a result of Israel’s ongoing siege of the enclave and the lockdowns which have resulted from coronavirus, the head of the Palestinian General Federation of Trade Unions, Sami Al-Ammasi, said yesterday.” 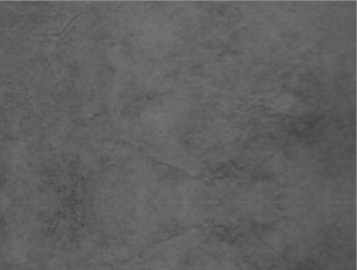